The Matakana Coast region is rich in history. Immerse yourself in stories of Māori settlers, the Bohemians of Pūhoi, the cannibals of Kawau and Dalmatian immigrants who lived in tents on Snells beach to dig for kauri gum.

Learn about boat building and spars from the kauri trees that lined the Mahurangi and Matakana rivers, and of how Warkworth became host to thousands of military men from America, with 25 military camps set up around the town’s farmlands during WWII.

Visit the old dairy factory in Matakana built at the turn of the century, and the unique Matakana War Memorial, the first sculpture of George V in the world, sculpted from Oamaru stone. Enjoy Goat Island within New Zealand’s first ever marine reserve.

Explore the museums of Warkworth and Pūhoi plus historic sites throughout the region. Walk the Heritage Trail in Warkworth.

The Matakana Coast lies along the coast of Rodney District which took its name from Cape Rodney (opposite Little Barrier Island), named by Captain James Cook on 24 November 1769 after Admiral Sir George Brydges Rodney.

Before the arrival of Europeans to the District, there were Māori settlements at Tāwharanui (Ngati Raupo), Omaha to Pakiri (Ngati Manuhiri) and Mahurangi (Ngati Rongo).

Matakana Coast begins at Pūhoi, a little village only 30 minutes North of Auckland. Settled by Bohemian immigrants from former Czechoslovakia in 1863, Pūhoi is one of only two ethnic historic villages in New Zealand. A group of 82 immigrants arrived in Pūhoi 124 days after leaving their homeland, having traveled in Māori canoes for the final four miles of their journey up the Pūhoi river. The land had originally been purchased by the Crown, which offered 40 acres of free land to new settlers to try and attract Pākehā to the Auckland region. Descendants of these Bohemian settlers still live in and around Pūhoi, and its pioneer past is proudly remembered by the community today.

Situated between the mouths of the Waiwera and Pūhoi rivers, Wenderholm is the first regional park of the Auckland region. For approximately 1000 years Māori lived in the area because it featured several natural resources. Visitors to Wenderholm can still see physical reminders of past residents, such as Couldrey House, the historic trees, a carved pouwhenua (carved wooden posts used by Māori) and the remains of Māori settlements.

Across the Pūhoi River, at the end of Mahurangi West, you’ll find Mahurangi Regional Park which was the ancestral domain of Ngäti Rongo and there are four fortified pa sites at Opahi, Cudlip and Te Muri Points and above Sullivan’s Bay. More than 100 Māori and European settlers are buried in the Te Muri upupa (cemetery) in the park. The cemetery dates back to 1860, and is watched over by two ancient and sacred pōhutakawa trees. The Mahurangi West Hall is believed to be the oldest school in Northland that is still standing on its original site.

The Mahurangi River runs roughly north to south between Mahurangi West and Mahurangi East.  Lining its banks were kauri trees which were used to make shipping spars. The river flows through the Warkworth township, and was once the lifeblood of the town with a busy steam of sail boats constantly cruising the waterways, trading between the town and Auckland. These days the river is still in use with the Jane Gifford taking tours down the river.

At the top of the river lies the historic township of Warkworth, the main town on the Matakana Coast. Warkworth was founded in 1853 by John Anderson Brown who named the town after Warkworth in Northumberland. The town of Warkworth was previously known as Browns Mill after the sawmill established by Brown on the banks of the Mahurangi, when the area was just a timber camp supplying kauri spars.

Bridge House Lodge, established on the site of John Anderson Brown’s home next door to the Warkworth Bridge, is the oldest surviving building in the town and a great place to dine and stay. In 1922 Stubbs Butchery first opened and took over the site on Wharf Street that once housed Bowen’s Store, the first commercial premises to be built in the 1860s. The family-run Warkworth Butchery still stands on the same site.  Although Warkworth escaped the physical devastation of WWII, at the end of the 1930’s it hosted thousands of military men from America, with 25 military camps set up around the town’s farmlands. 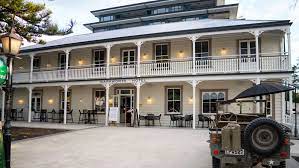 Warkworth’s history can be seen as you walk through the streets following the Heritage trail (Maps available from the Warkworth Information Centre and the Warkworth & Districts Museum). Old ruins of the first portland cement manufacturing works in the southern hemisphere still remain.

On the other side of the Mahurangi River lies Mahurangi East peninsula. The end of the peninsula is a continuation of Mahurangi Regional Park encompassing Scotts Landing and the Scott Homestead, once a hotel and boarding house built in 1877 at the centre of a shipbuilding business.

Travelling back along the peninsula to Scandretts Regional Park, there are a number of sites of past Māori settlement, including two headland pā. The land was purchased by the Scandrett family in the 1860’s and run by generations of Scandretts before being sold to the Auckland Regional Council in 1998.

Further up the coast you’ll arrive at Algies Bay. Alexander Algie purchased land here in 1867, sight unseen. He and his wife firstly lived in tents while a large Nikau whare (hut) was built, followed by the building of a wooden house. A boarding house was built by the sea in 1893. The guests arrived by steamer from Auckland and were met out in the bay and rowed ashore in the family punt and dinghies.  The site of the boarding house is still owned by the Algie family who run the Bethshan Motel, offering waterfront accommodation.

Snells Beach was purchased by Cornish miner James Snell who arrived in Kawau in 1854. Prior to this, the beach had been known as Long Beach. Dalmatian immigrants would live in tents on the beach and dig for kauri gum when the tide was out.

Tucked in at the top of the peninsula is the small seaside settlement of Sandspit which has a great boating community dating back to the 1840s. Sandspit is the gateway to Kawau Bay with Kawau Island only a quick ferry ride away. Kawau was named after the Kawau Paka; the white throated or little shag-cormorant which breeds on the Island.

A manganese mine was established on Kawau island in the 1840s and completely by accident, the discovery of copper was made. The underground seashore copper mine ruins, a pumping engine house and a small smelter remain today. One of NZ’s first governors, Sir George Grey, purchased the island in 1862 where he extended the mine manager’s house to create his stately home and exotic gardens, now restored and open for viewing in Mansion House Bay.

Amongst the surrounding islands in Kawau Bay is Moturekareka where you can see the old wreck of the Alice A. Leigh (renamed the Rewa), a 3,000 tonne four-masted steel barque built in 1889, whose history is directly linked to the end of the days of sail. Alice carried 31 sails on her lofty rig and ran trades from India and Australia to London until 1922.

Timber resources in upper Matakana (now Matakana Village) resulted in settlers moving up the river around 1848 and squatting on the land until it was surveyed in the 1850’s. By 1853 John Heydn was operating a sawmill at the falls on the Matakana river, he and Peter Campbell subsequently obtained licenses for the area a year later. During the mid 1850’s, flax was being harvested from the area.

1864 saw the establishment of the first public building in Matakana Village, the Presbyterian School, which served as a church on Sundays. The church, after some time away, has been relocated to The Matakana Country Park and is still in use.

By 1881, the Matakana population stood at around 150. By this time, all the Kauri in the area had been removed, it was then that agricultural practices took over, with fruit being an important industry. Peach wine was popular at the time.

Fruit growing gave way to farming around the turn of the century and a Dairy Factory was operational from 1902, the building is still used today, but as a gift store. (Ironically, many farms have now been converted to vineyards since the 1970’s).

Matakana House Hotel (now The Matakana) was built in 1903. Electricity came to Matakana in 1936, however it still has no ‘town water supply’ even to this day.

One of the Matakana resources still in use now is clay. Clay from the area was made into bricks at the factory in Brick Bay, near Sandspit. In 1978, Anthony Morris and Sue James set up their pottery factory which grew to become one of the town’s largest employers and 43 years on one of its main visitor attractions. 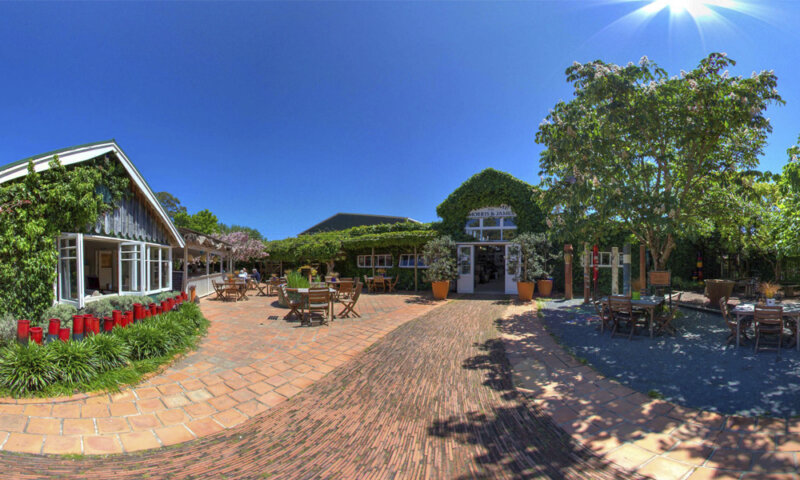